Well, Rock Oil Synthesis XRP is a fully synthetic motorcycle oil developed for racing. XRP has been around for nearly 10 years now with claims that it can ‘increase horse power’, but is this statement actually true and exactly how could it increase BHP? 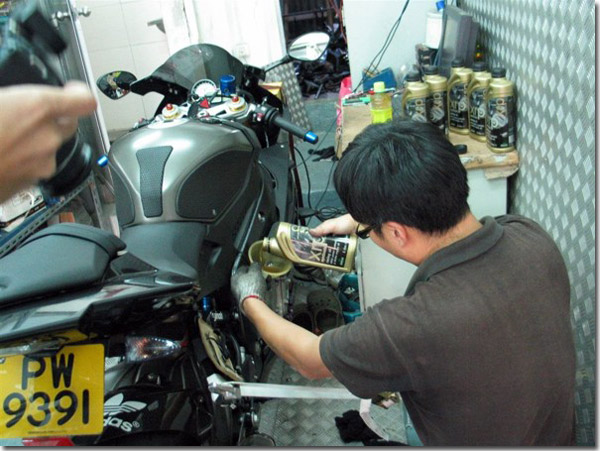 Earlier this year a Rock Oil importer based in Hong Kong (Sanwa Motorcycles) tested the XRP BHP increase on a BMW S1000RR against the OEM recommended oil (full story on the Rock Oil website).

But how does XRP achieve this increase? 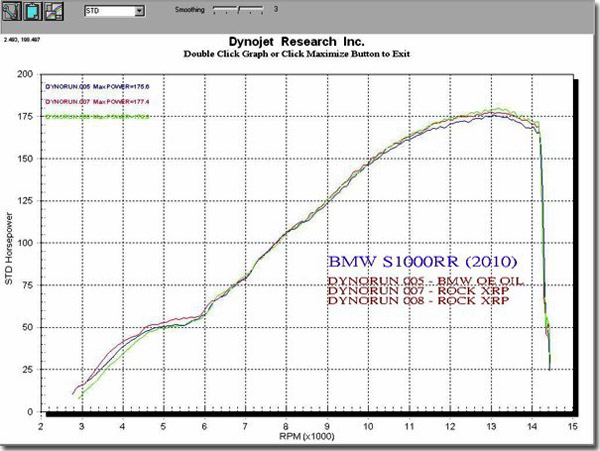 One of the elements that ‘scrub off’ a bit of BHP is drag or friction caused by the engine oil (think of running in water, you can’t walk through water faster then you can out of the water!). XRP’s formula causes less friction or drag which means less BHP is lost in the engine, this low drag is probably also partly responsible for the slicker gear changes and slight MPG increase some users have noted (a users experience here).
XRP also helps to save a little weight over lower spec oils. 1 litre of 10w40 mineral oil weighs around 962g in the bottle, XRP weighs approx 930g in the bottle and 4 litres of 10w40 mineral weighs 3660g, 4 litres of XRP weighs 3580g (again, both in the bottles). 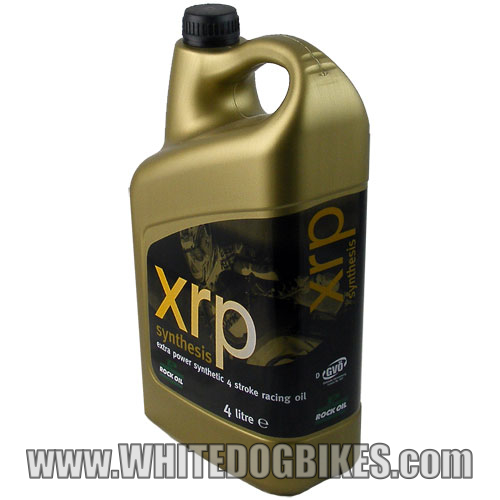 Rock Oil XRP is in stock and available from WhiteDogBikes here! 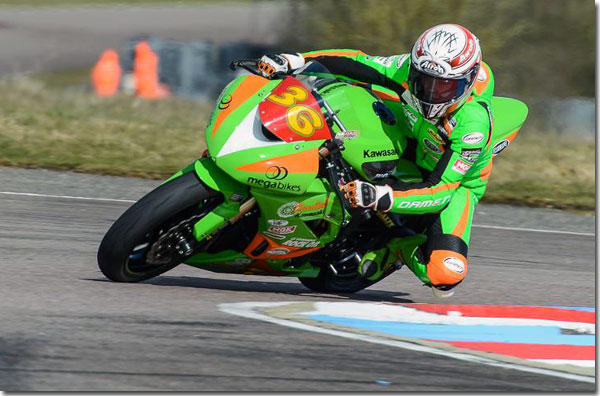