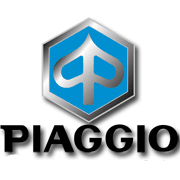 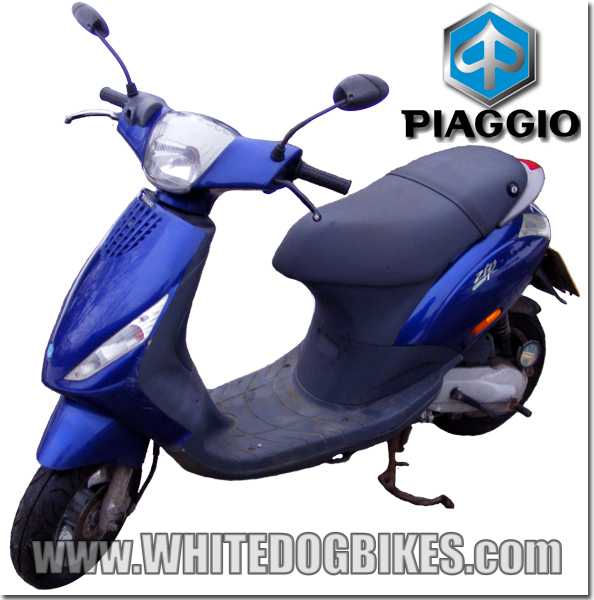 The Zip Cat 50cc was a 4bhp, 2 stroke scooter released in January 2001 in the UK by Piaggio. The Zip Cat was a variation of the Zip 2000 with basically the same features and styling.

The Zip 50 Cat had a catalytic converter on the exhaust system and the word ‘Catalyst’ just under the word ‘Zip’ on the badges either side of the tail panel!

A little bit about the Piaggio Zip 50cc….. 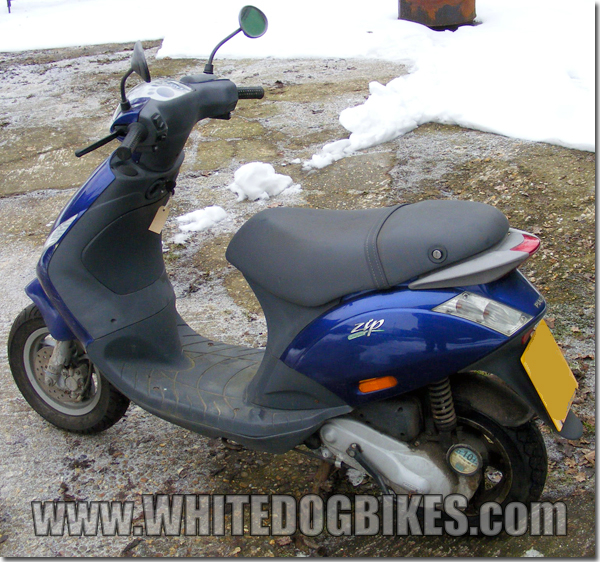 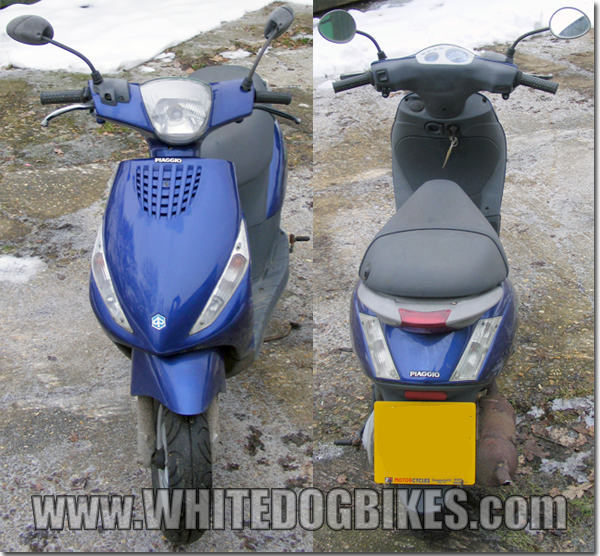 Front and rear view of the Zip 50 Cat 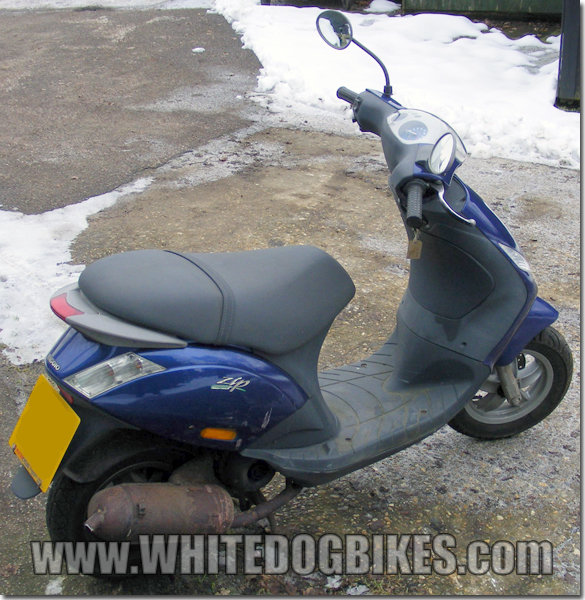 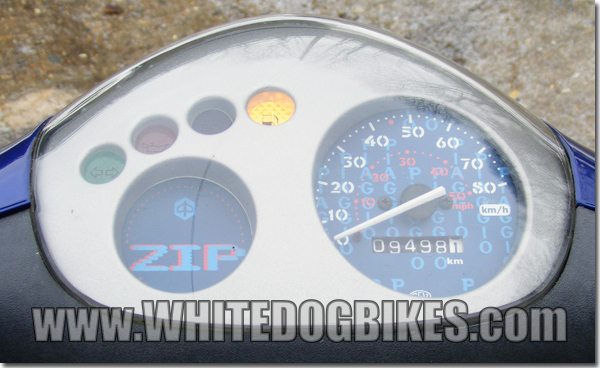 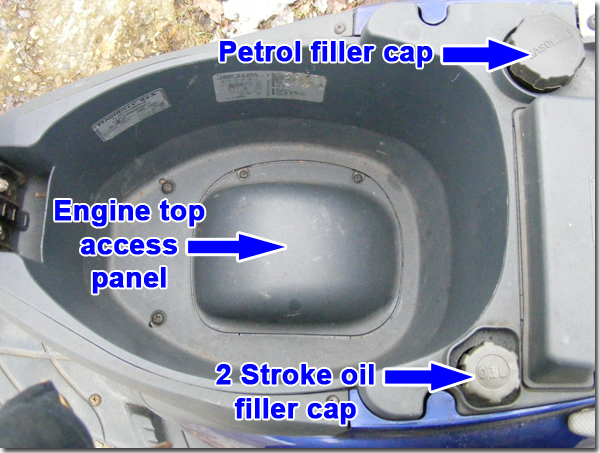 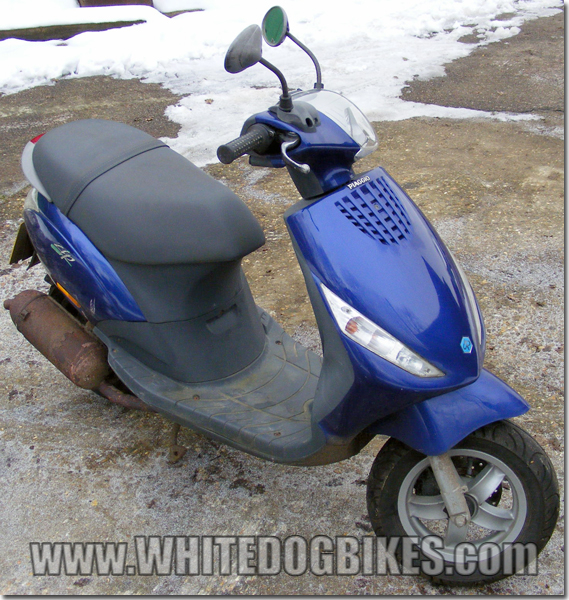 The frame number on the Zip 50 is a real PITA to get to. It’s located on a metal plate just behind where the riders foot would be on the underneath of the scooter.
Because of the location the frame number plate is prone to rust and corrosion which can make the frame number very difficult to read! 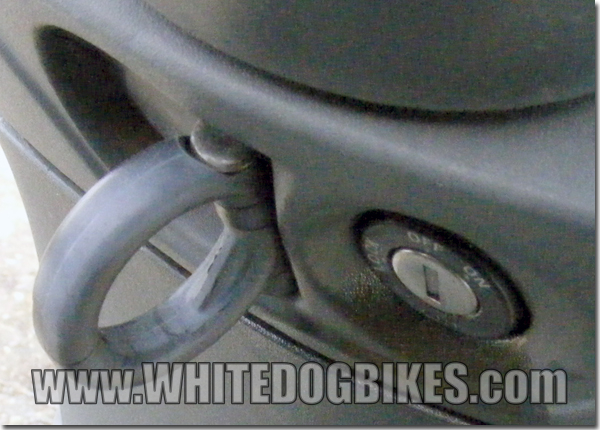 The Zip Cat 50 was released in January 2001 and was one of the 2nd generation models of 2 stroke Zip 50.
Similar to the earlier Zip 50 models introduced in 1993, the Zip 50 Cat was a small and agile scooter with a large under seat storage compartment and smart styling which made the scooter popular around towns and cities as well as popular with younger (16 year old) riders.

The Piaggio Zip 50 was also popular with some take away restaurants due to the low new price, fair reliability and simple maintenance (it is fairly common to see Zip 50’s with 50k + kilometers on them in Europe!).

Zip 50 Cat’s were also fairly similar to other 2 stroke Zip 50’s between 2000 and 2010, which means parts are often interchangeable with earlier and later models.

As with all 50cc scooters, it can be tricky buying older Piaggio Zip 50’s 2nd hand.
Thankfully, Piaggio Zip 50’s didn’t have any problematic and expensive to replace coded ignitions to worry about and parts are plentiful and fairly cheap for them.

It’s always better (although sometimes difficult to check) to buy one that’s been run on a good quality fully synthetic 2T oil. Piaggio recommended a full synth 2 stroke oil as, like most plastic clad scooters, the Zip’s did have a tendency to run hot which can tend to break down low spec/cheaper 2 stroke oils.

It also worth checking the bike has been cleaned regularly, especially if it’s been used over the winter. As with most Italian scooters the Zip Cat was built for a warmer climate and a build up of road salt around the engine, front caliper and other parts can lead to corrosion of the metal parts like the engine casings (which makes the casing brittle), exhaust and other parts.

The Zip 50’s were fairly easy to steal if not chained up, so stay away from anything that doesn’t have key’s or a logbook. 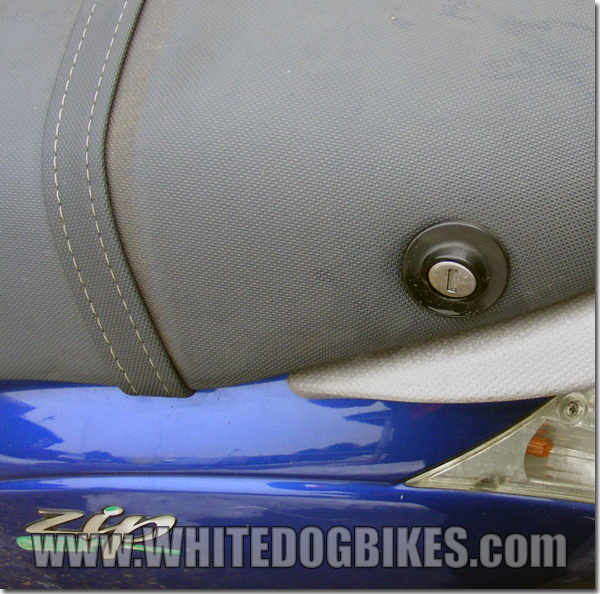 Disclaimer: The Piaggio Zip 50 Cat specs and information on this page is correct to the best of our knowledge. But the info should NOT be taken as 100% accurate as we can, occasionally, make mistakes!

If you think we’ve missed any important info out or have something to add, please feel free to leave a comment below…..