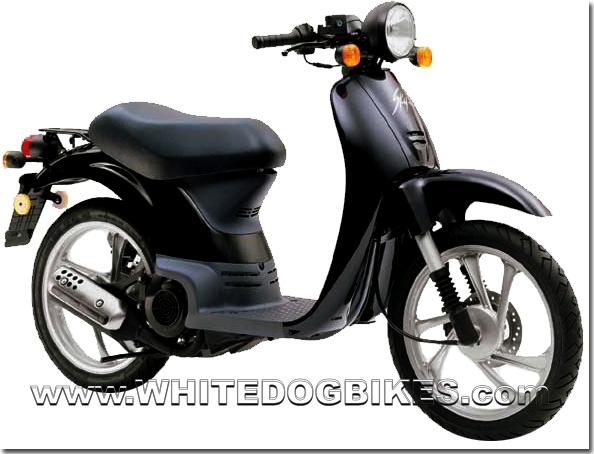 SGX50 Sky with chrome plating on the exhaust cover

The Honda SGX 50 Sky was a budget, step through, 2 stroke, 49cc scooter/moped hybrid with 16 inch wheels sold in the UK March 1997 and May 2003.
The SGX50 Sky was available in 3 different styles, a basic model, a ‘Deluxe’ model with chrome plating on the headlight, tail light, indicators and rear carrier rack and a ‘Fun’ model with semi transparent bodywork.

Although the SGX50 Sky was popular for a short while in the UK, it proved very popular in Southern Europe because of it’s simple styling and ‘easy to use’ features.

The SGX 50 was, at one point, considered as a likely replacement for the Honda C90 Cub.

Working on your bike? You’ll need a SGX 50 workshop manual… 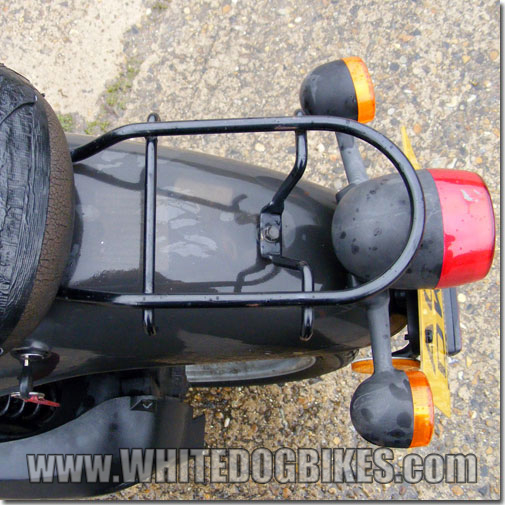 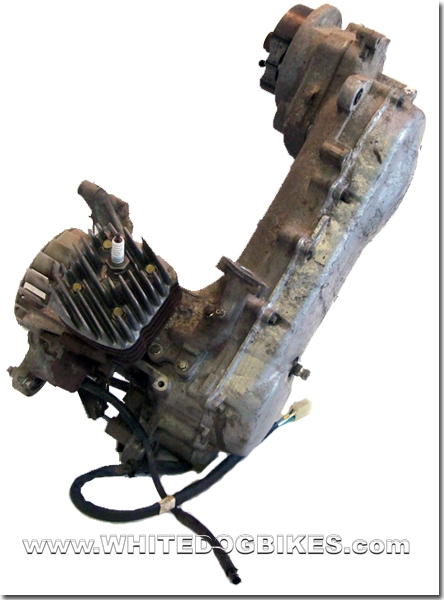 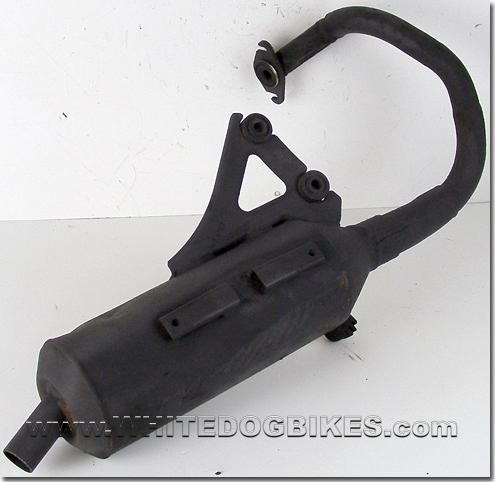 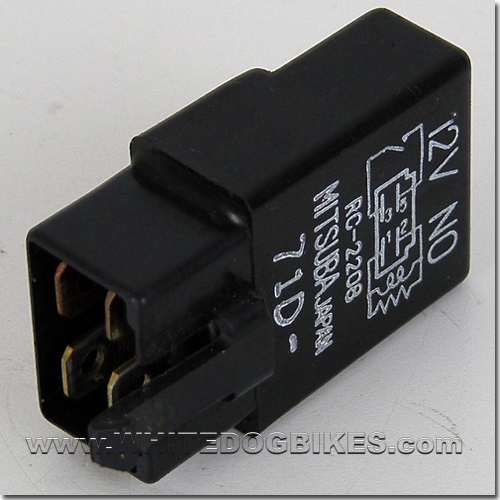 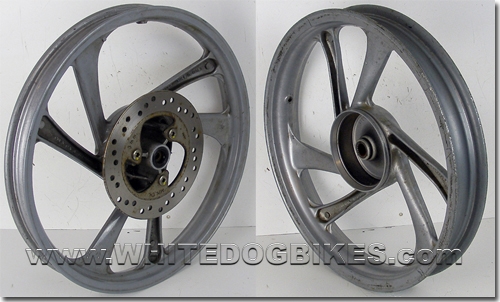 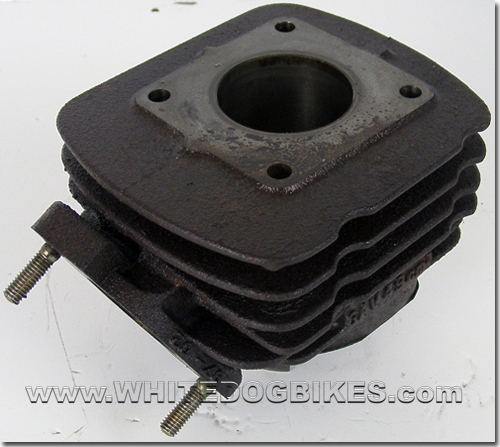 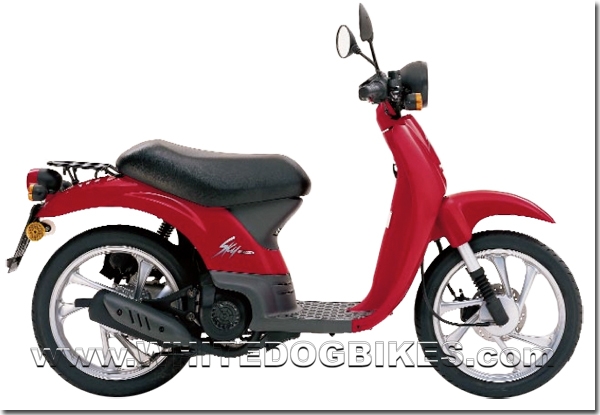 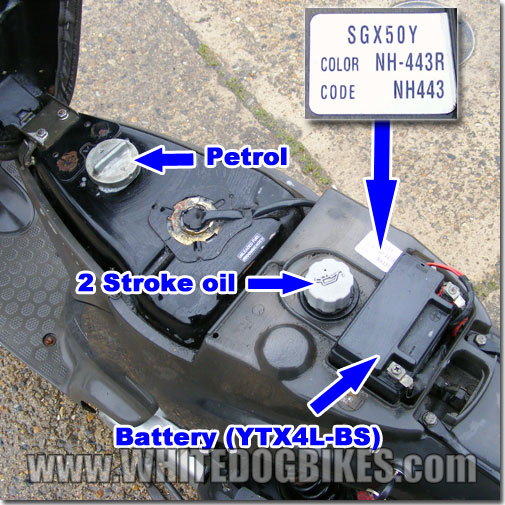 SGX50 Sky view under the seat with battery, 2 stroke and petrol caps and identification sticker

The frame number information plate can normally be found on the main frame beam behind the front wheel (on the right hand side as your sitting on the bike). 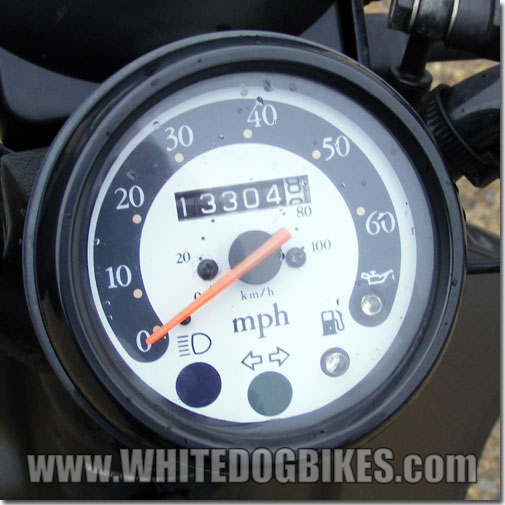 Very cheap, cheerful and basic moped and parts are fairly easy to source and cheap.
The SGX50 Sky was, a 1 time, likely to be the successor to Honda’s massively popular C90 Cub, but unfortunately it fell short of the mark.
The SGX 50 was alot more popular in warmer European countries then it was in the UK.

The Honda SGX50 Sky was a fairly reliable and cheap 2nd hand bike. Larger front wheels make it popular with learner riders.
Things to check are:
Exhausts (as the originals are mild steel, which rots. Pattern replacements are around £70).
Automatic choke: The auto choke is attached to the top of the carb and can be problematic as they age.
Forks: As there not easy to get hold of in good condition 2nd hand

The SGX50 was popular as a food delivery bike in many cities (Pizza, Kebabs etc) and these generally will have been used and abused so are best avoided (you can usually tell the delivery bikes as they often have a modified seat and larger carry rack on the back).

There were some ‘special edition’ models of the Honda SGX 50 Sky, but these only had a few modest visual changes and aren’t really worth anymore then the standard models. 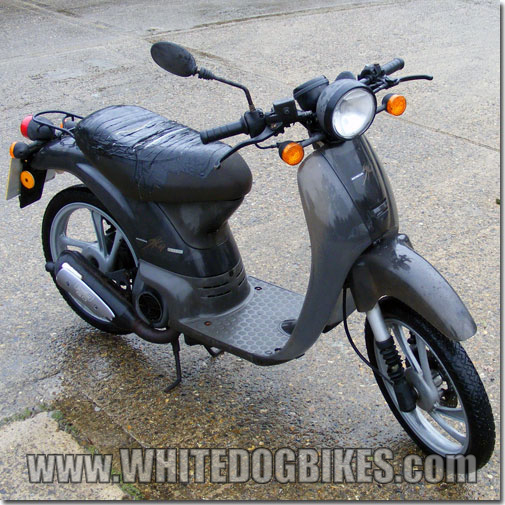 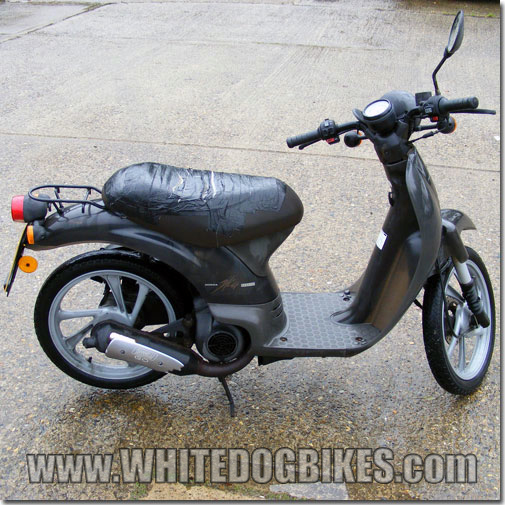 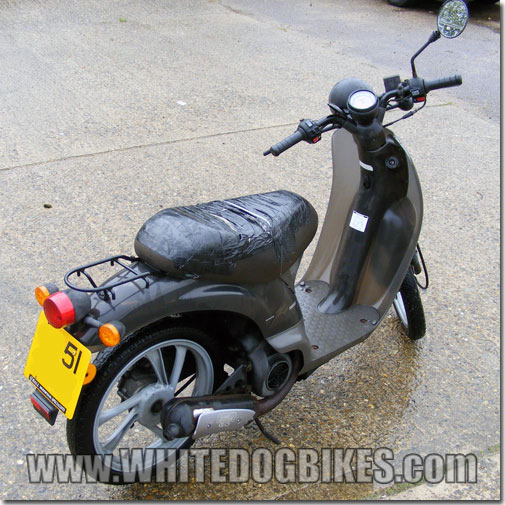 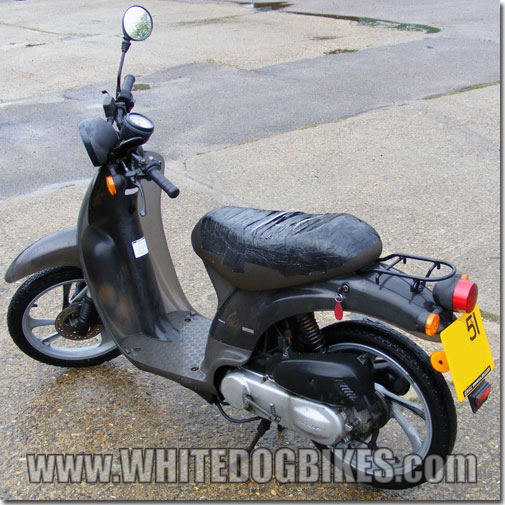 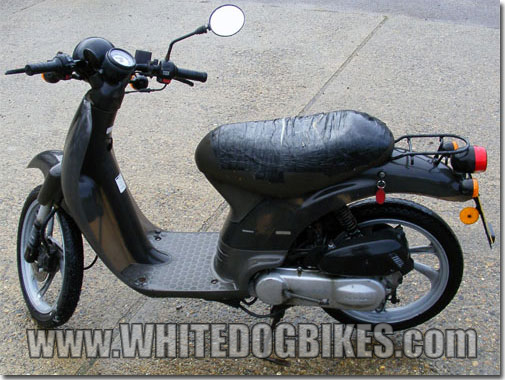 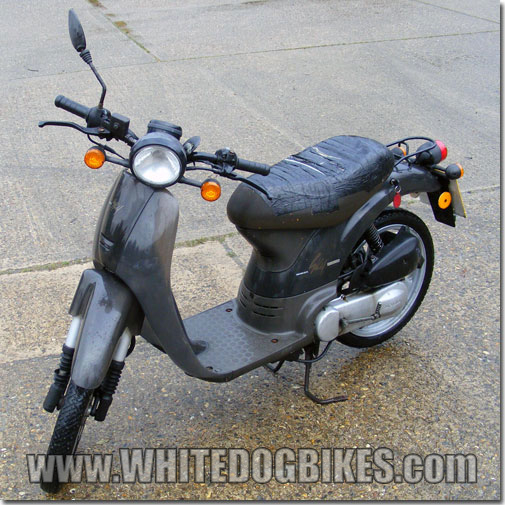 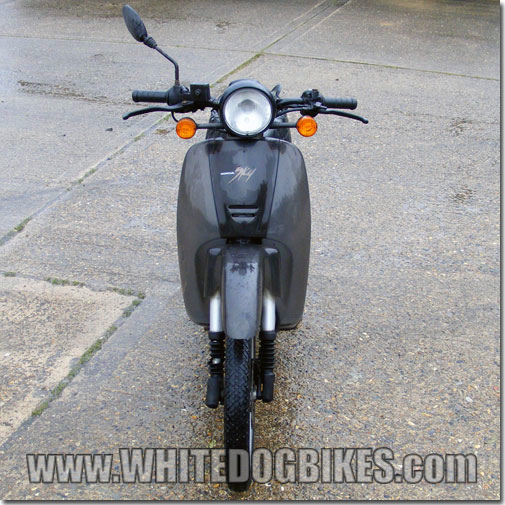 Honda Owners Club UK – Who have a handy SGX50 sale brochure you can download from their site.