The CB 500 was a basic and popular mid range bike with legendary reliability, which is why it proved very popular with motorcycle couriers, training schools and first time riders.
The CB500 twin was replaced by Honda in 2004 by the CBF500 as the CB500 engine was unable to meet the new Euro 2 emissions regulations.
The main rivals to the CB500 were the Kawasaki ER5 and Suzuki GS500 E models. 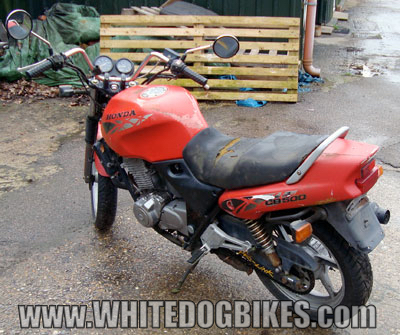 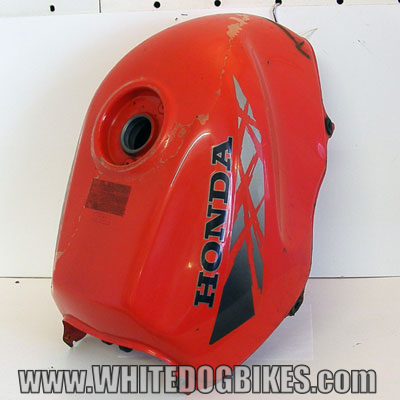 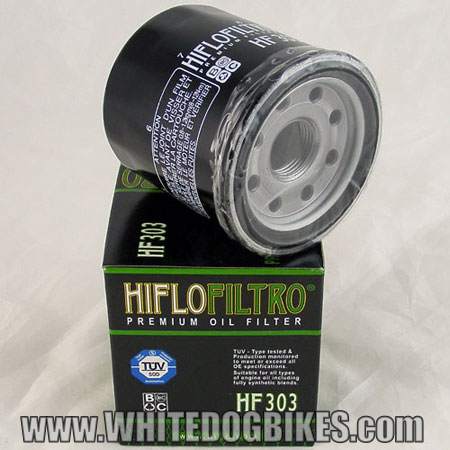 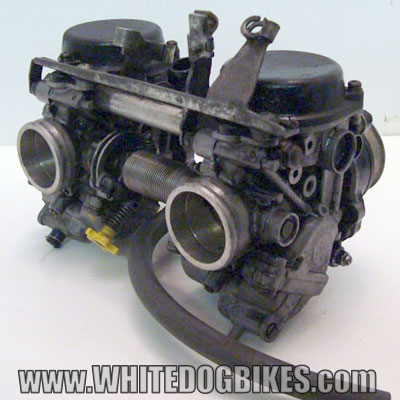 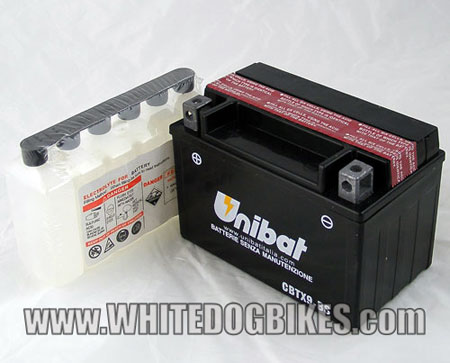 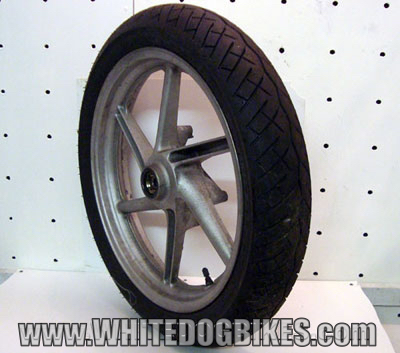 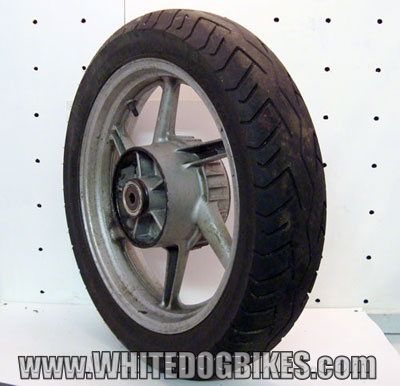 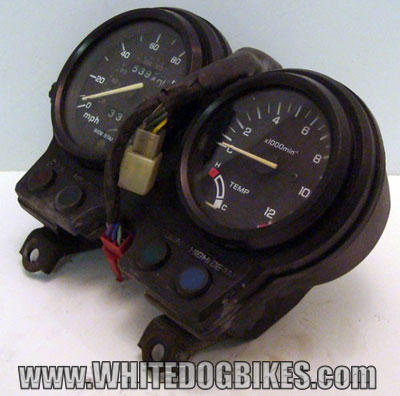 Clocks from and unfaired Honda CB500

Middleweight commuter/roadster style bike from Honda that was released in 1993. Rumor has it that Honda designed the bike to last for 190,000 miles. Although you won’t find many models with 190,000 miles on the clocks, they were capable of huge mileage, fairly simple in design and easy to work on which is why they proved popular with commuters, couriers (<< avoid ex courier bikes though!) and motorbike training schools.

They also had good, solid and confidence inspiring handling which is partly why training schools used them as 1st time ‘big bike’ riders found them easy to get along with (and, at 57bhp you could take your ‘Direct Access’ course on one. This allowed a rider who passed to ride any bike regardless of power or cc after they passed it. You had to be over 21 to do this course and had to take it on a bike over 50bhp).

The CB500 didn’t have much in the way of updates during it’s 10 year life, a rear brake disc was added and the Nissin calipers were dropped for Brembo calipers for the November 1996 release and a half faired version was released in 1998 (known as the CB500 Sport).

The CB500 was discontinued in 2003 as the 499cc motor was unable to meet Euro 2 emissions regulations. 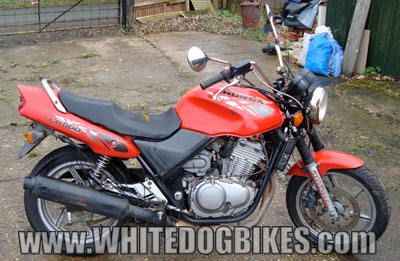 Firstly, if your thinking of buying one always HPI check it (there’s still loads about so no point risking getting stuck with a lemon!).
These are good, solid bikes and are ideal for 1st time ‘big bike’ riders. Mileage isn’t really anything to worry about (within reason!), but obviously a bike that’s had frequent oil changes is likely to be better.
As the bike was a naked/unfaired bike there’s wasn’t alot of fairing to damage and indicators, headlights etc could be easily replaced, if damaged, with aftermarket parts.

Exhaust downpipes and headers do rot though (mild steel!), so in the unlikely event of the bike having the original headers, best to budget for replacing them (however, end can’s and downpipes are readily available and not stupidly overpriced).

It’s probably best to avoid ex courier bikes or bikes used for racing (these were used in the Thundersport 500 series), race bikes will have drilled sump plugs, caliper bolts, scrapes etc, courier bikes will look like they’ve been round the world twice (take it from an ex courier, it’s a blerdy hard life for a bike!!).
Ex training school bikes can be ok, but look for damage as, again, they can get a hard life (and budget for a new clutch!).

The only other thing to consider when buying one is the age. The youngest of these beasties will be over 15 years old now, so if your buying one give it a good check over, especially rear shocks, fork stanchion condition (helps if the forks have had gaitors fitted), radiator (damage, leaks look for white water trails from the rad of pipework), handle bar switches, ignition, battery etc.
Obviously, it’s worth paying a bit more for a lower mileage bike with a small rainforest of service paperwork then one of the ‘barn find’ type bikes that seem to be cropping up regularly (barn find = nicked…… Usually! 😀 ). 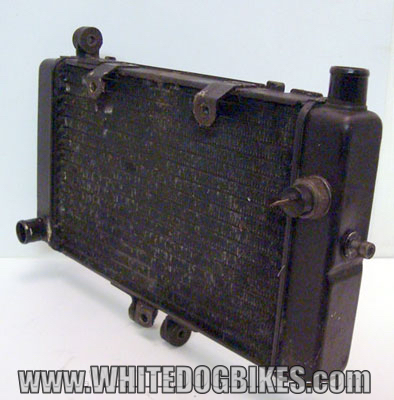 CB500 article on Wikipedia
Another useful CB500 article
www.cb500club.net Loads of helpful owners and info
www.thundersportgb.com Home of the Thundersport 500 series (was originally the CB500 Cup).