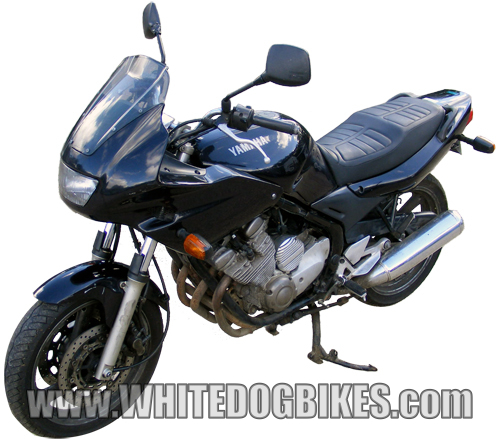 The Yamaha XJ600S Diversion was a basic half faired sports touring/commuter bike manufactured by Yamaha between January 1992 and January 2004 (in the UK).
The XJ 600 Diversion was also available in Europe, Australia and the USA (although it was known as the ‘Seca II’ in North America and Australia).
The XJ600S Diversion was a half faired version (aka 4BR model) released between 1992 and 2004, the XJ600N Diversion (aka 4KE model) was a naked version of the bike (with no front fairing) released between 1995 and 2004. 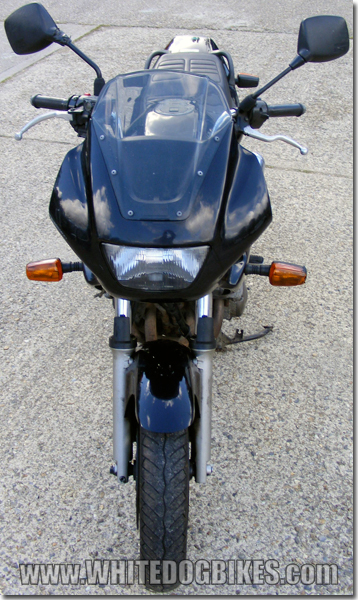 A little bit about the Yamaha XJ 600 Diversion…..

Thinking of buying one? Don’t get caught out, get an HPI check… 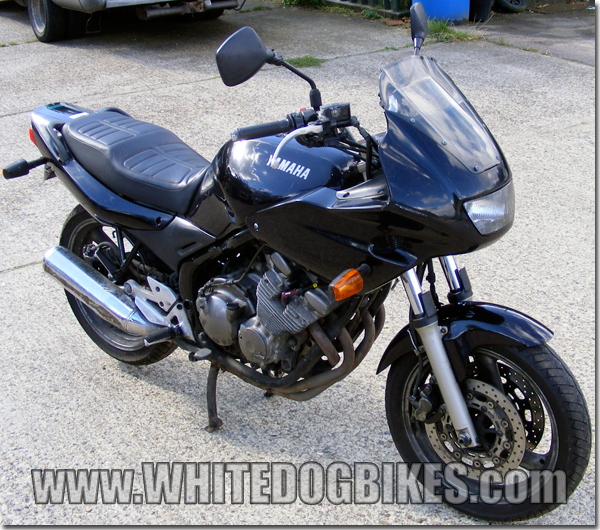 The bike also had single front and rear disc brakes and a single piece side and tail panel. 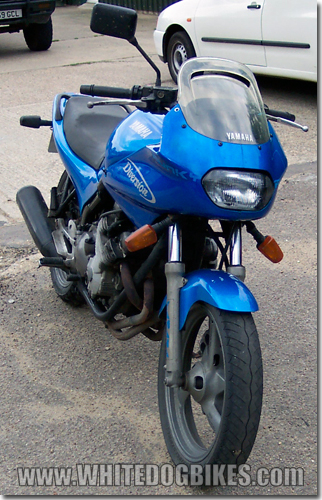 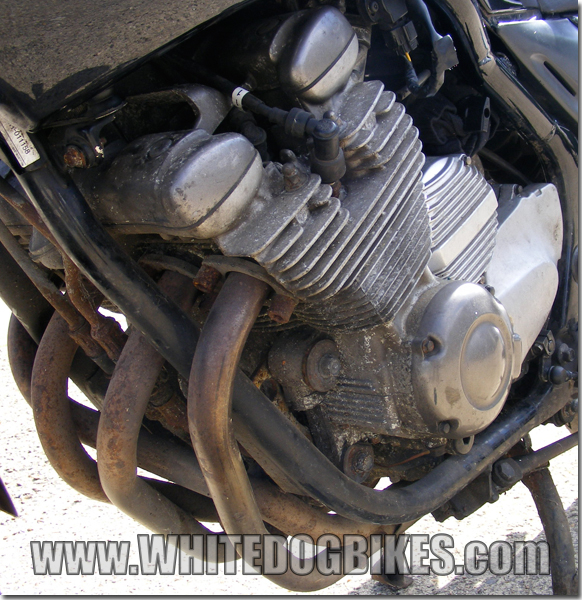 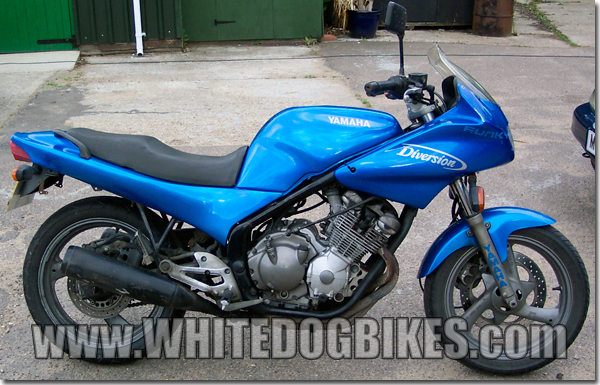 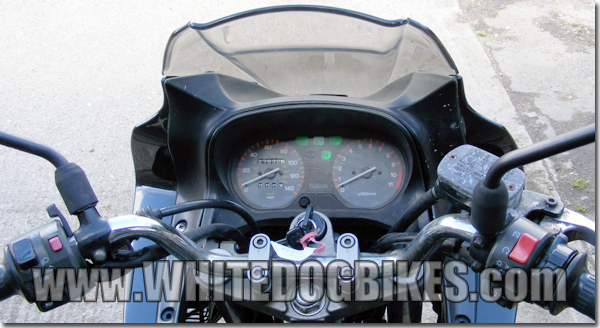 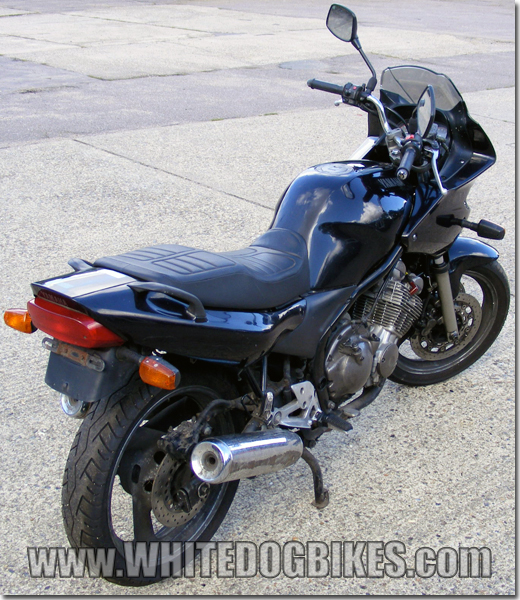 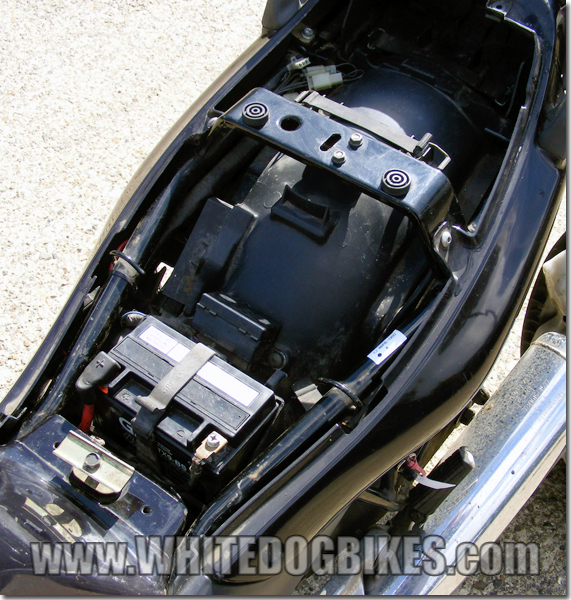 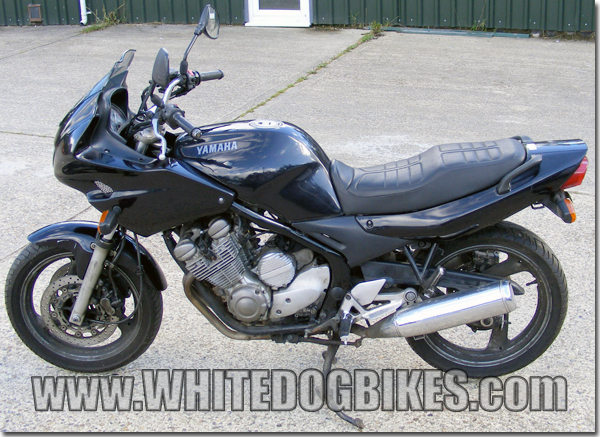 The frame number information plate can normally be found on the right hand side, near the front on the frame. 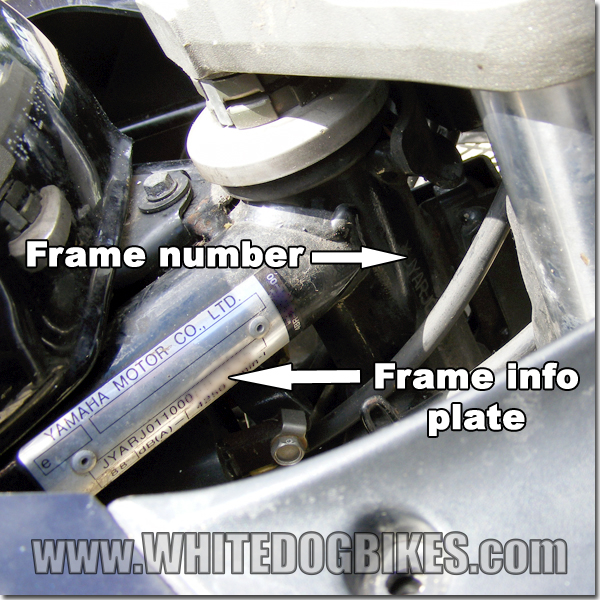 Launched in 1992, the XJ600 Diversion (or Seca 2 as it was known in North America and Australia) was the successor for the Yamaha XJ600 (manufactured between 1984 and 1991).
The engine in the Diversion was a variation of the old XJ600 lump and was tuned to improve low and mid range power.
Although never designed to set the world alight with it’s looks, power and handling, the XJ600S Diversion was manufactured and sold for 12 years by Yamaha due to being very popular with a wide range of bikers (including commuters, couriers and people looking for their 1st ‘big’ bike!).
The XJ600 Divi proved popular because of the simple yet bulletproof engine (making it very reliable!), comfortable riding position and low price new (only £3999 in 1999!).
Reasonable examples can be picked up (not literally, they weighed a feckin tonne due to all the heavy steel parts!) with tax and test for under £500. 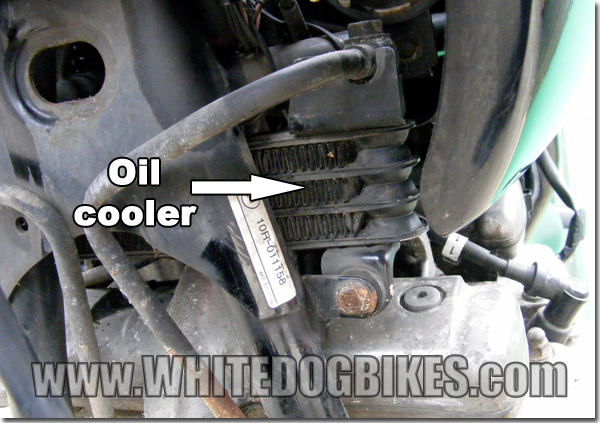 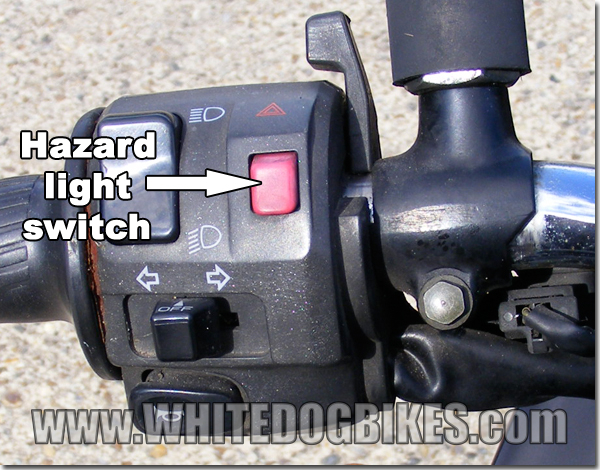 There’s alot of these beasties about, mainly due to the fact Yamaha sold loads over the 12 year period because of the low new price.
Like the XJ900 Diversion, high mileage XJ600 Divi’s are nothing to be afraid of and it is fairly common to find bikes with 50k plus miles on them.

The engines are fairly bullet proof, so as long as it’s not making strange noises or smoking it should be ok.
Obviously, there are numerous used and abused ex courier, ultra high and neglected bikes about which should be avoided.
Parts are fairly cheap, but exhausts and forks can be expensive to replace. Because of the 4 into 2 set up of the exhausts buying replacement end cans can be expensive (also worth bearing in mind that some owners have complained that cheaper, single can systems can upset the balance of the bike!).

Later models (1996 on) had a few extra ‘nice bits’ (like hazard warning lights and oil cooler), the 1998 (4BRE) model onwards had twin front disc brakes and a better seat.

The Silkolene website for the service info
Motorcycle Specs 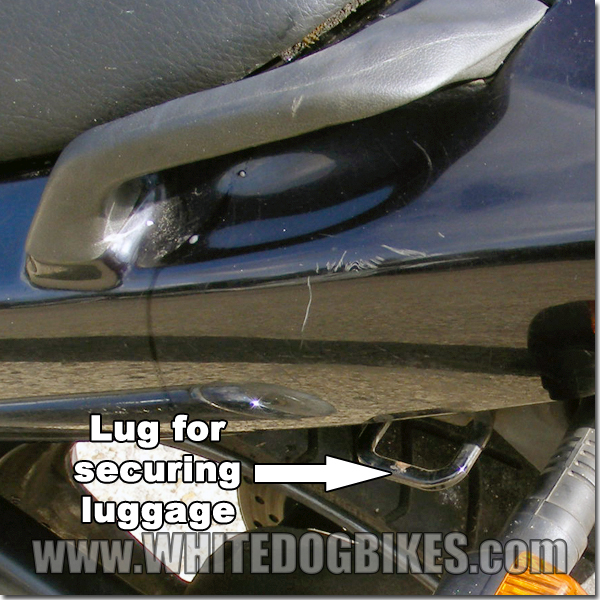