Need parts for your VFR750? Honda VFR750 spares on Amazon… 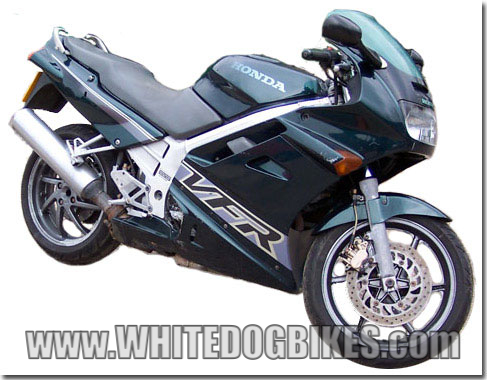 The Honda VFR750 (also known as the VFR750 Interceptor in the US) was a sport tourer motorcycle produced by Honda and available for sale in the UK between March 1986 and December 1997 (when it was replaced by the VFR800.

The VFR750F used the Honda V4 configuration engine. The engine was a completely redesigned and improved version of the earlier VF700 and VF750 F models that had numerous cam shaft and bearing problems.

The VFR750 featured anti dive forks, aluminium beam frame, gear driven cams (which massively improved engine reliability over the previous, VF750 models), full sports fairing and optional pillion seat cowl.
In addition to the above features, the 1989 onwards (RC36) models had a distinctive single sided swinging arm that was developed from a previous Honda race bike, which allowed the rear wheel to be removed without the need to remove or adjust the chain or rear wheel spindle. 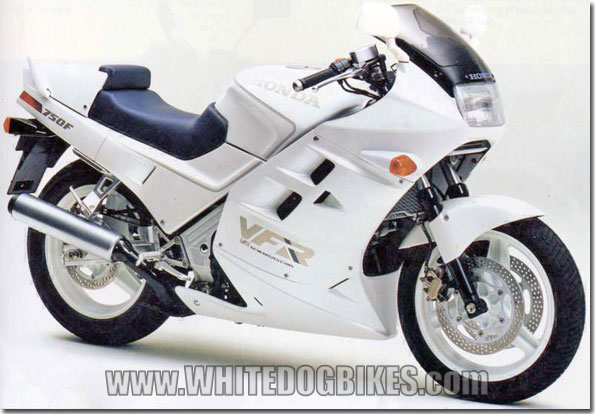 Working on your bike? You’ll need a VFR750 workshop manual… 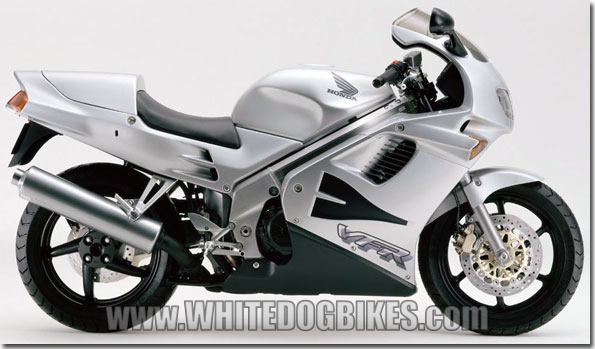 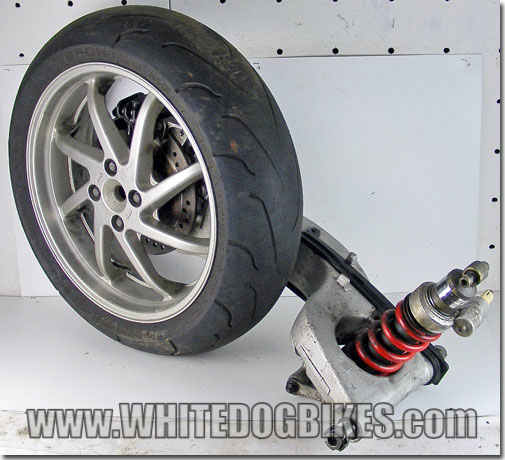 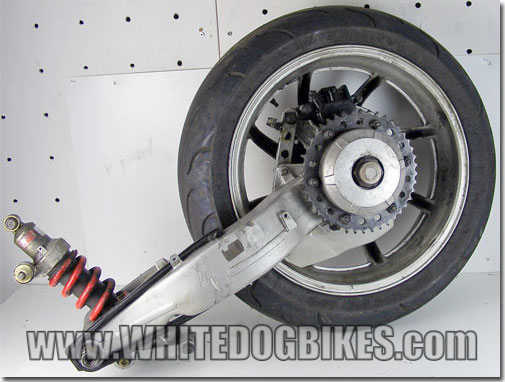 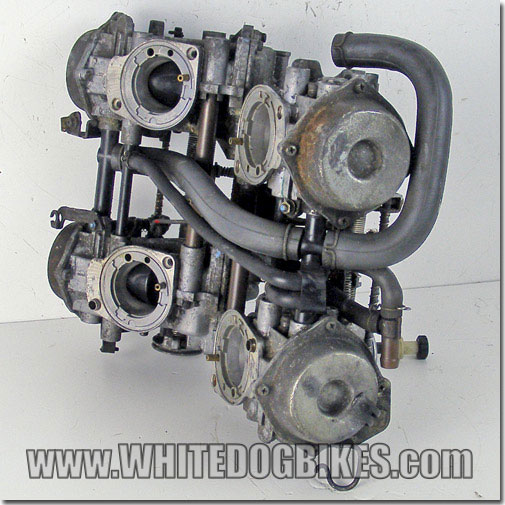 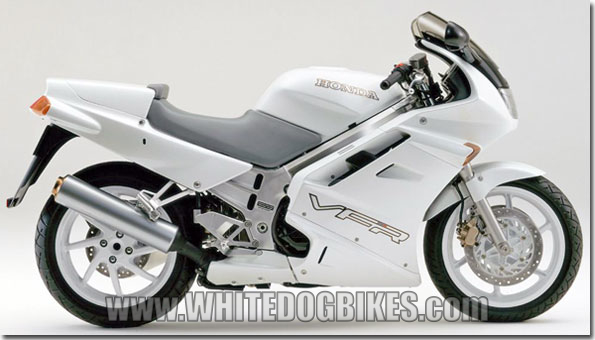 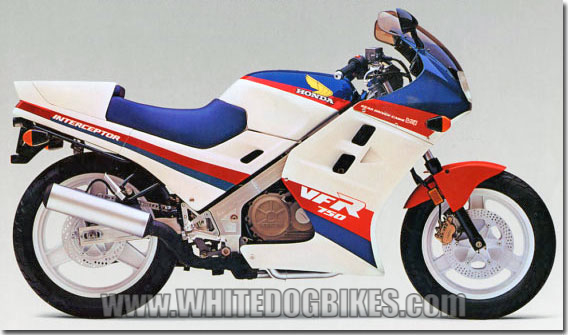 US version of the Honda VFR750 (called the Interceptor) 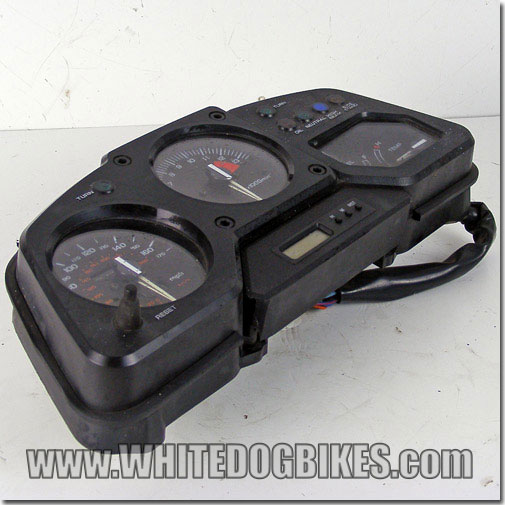 The frame number information plate can normally be found on the right hand side, near the front on the frame (just below the right handle bar). 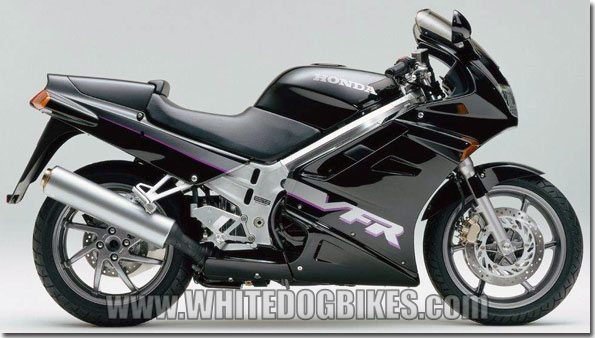 Back in the mid 1980’s, Honda were losing ground to Kawasaki, Suzuki and Yamaha motorcycles, partly due to persistent reliability problems with their V4 engine range (amongst other things).
So in 1986 Honda brought out the massively over engineered VFR750, with gear driven cams to help eliminate many of the problems suffered by earlier V4 engines bikes (like the VF500 and VF750).
The VFR was a massive gamble for Honda as it cost them a fortune to develop the VFR engine and frame and several parts of the V4 design (like the gear driven cams) cost many times more then the previously use ways (but Honda HAD to do this to shake their unreliable image!).

Ron Haslam helped Honda shake their declining image by taking a (supposedly!!) road going, straight out of the crate VFR750F to a 3rd place finish, infront of many racing bikes at the Transatlantic Challenge race at Donington Park.
Honda had a fair bit of racing success with the VFR750R (RC30) which was (loosely!) derived from the VFR750F (although, even for a race bike the RC30 was horrendously EXPENSIVE, even before adding the kit parts!).

The VFR750, even to this day, is known for it’s legendary reliability and has been a long running joke in the 2nd hand parts trade that VFR750 engines are only good as door stops (because they supposedly never break down, selling 2nd hand VFR 750 engines is nearly impossible!).

There were a few oddball variations of the VFR750 (mainly made for the Japanese market, although a few may have made it to the UK) including the VFR750P (not FP!) that was a Police spec model with the Honda model code RC35 and the VFR750K (not FK!) which was a lower powered version of the VFR (75hp instead of the standard 105hp) with no oil cooler, a gear indicator and a modified center stand. The VFR750 K model was more aimed at the Japanese learner/training market (Honda model code RC37). 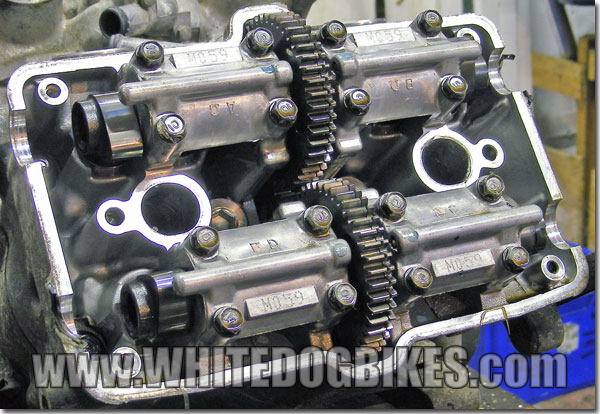 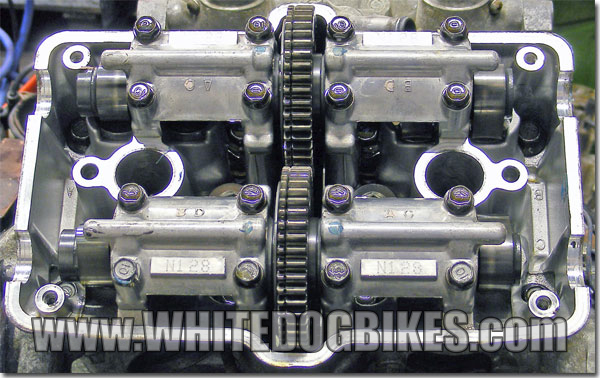 In terms of reliability, there’s not really many weak points on the VFR750’s. The engines are fairly bullet proof and it’s not uncommon to see examples with over 100,000 miles still in daily use (and even 200,000 mile examples can still have life in them!).

The only bit’s that tend to fail and can be expensive to replace are fuel pumps (which can be difficult to source) and exhaust downpipes (although cheaper, Chinese copy headers of debatable stainless quality are fairly cheap on good old Fleabay now!).

Obviously (and this goes without saying), you get what you pay for with the VFR, so a £2500 bike with a small rain forest of service history from a careful owner should be miles better then a 150,000 mile, never serviced and running like a bag of nails one for £700!

Also, avoid any engines in bits as, unless you’ve taken apart and marked the cam shafts yourself you’ll probably never be able to put it back together again (even if you’ve got the Honda workshop manual!). 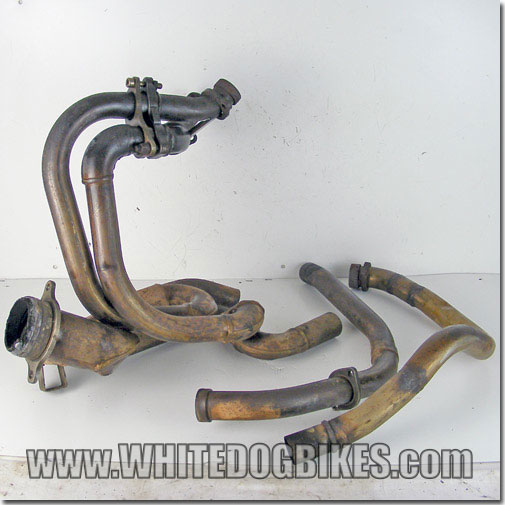 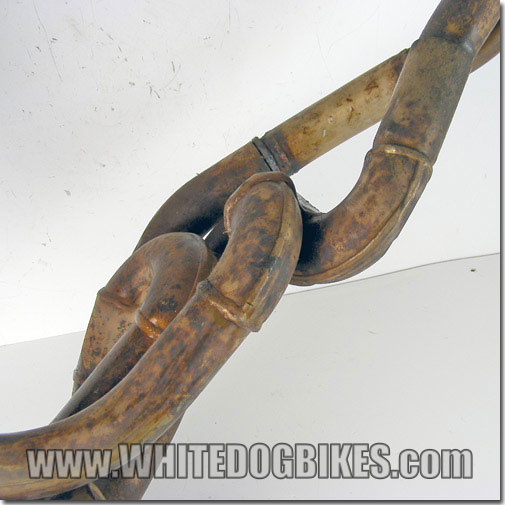